Americans in midlife and beyond know what’s good for us. We know to avoid foods laced with sodium, fat or sugar. We know that such foods can contribute to obesity, high blood pressure, heart disease and a range of other maladies. Yet we continue to eat chips, cheese puffs, ice cream and cupcakes. Why?

We’re fundamentally responsible for our own decisions, healthy or not. But in ways many of us don’t appreciate, the companies that produce our favorite snacks are using science and a deep knowledge of our vulnerabilities to get us to eat more than we intend, sometimes even fooling us into thinking we’re making healthy decisions. 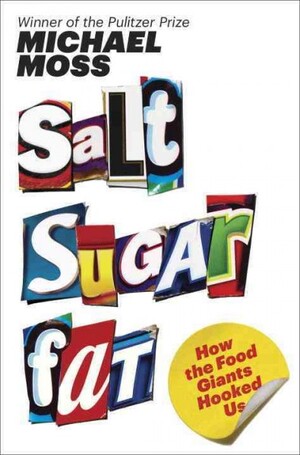 That’s the argument laid out in the book, Salt Sugar Fat: How the Food Giants Hooked Us by Pulitzer Prize-winning investigative reporter Michael Moss of The New York Times. He visited food labs across the country to discover how scientists work to improve the “mouthfeel” of fatty foods and the “bliss point” of sweetened drinks. Reformed marketers and snack technicians revealed the secrets of the trillion-dollar industry to Moss. In the end, he concludes, it all comes down to the delivery of salt, sugar and fat. And few of us are immune to their appeal.

Too Busy for Meals? Then You’re a Target

Beyond the science, Moss says, societal changes have made us more vulnerable to unhealthy snacking. In the book, he interviews Michael Lowe, a clinical psychology professor at Drexel University in Philadelphia and a longtime researcher of weight-loss trends. Lowe believes that in the early 1980s, our collective approach to food changed: “When a lot of us grew up, there were three meals a day and maybe a planned snack at bedtime — and that was it. You never ate outside those times because you would spoil your appetite.

“That changed,” Lowe told Moss. “People began eating everywhere — in meetings or walking down the street. There’s no place where food isn’t acceptable now and people are so busy that they don’t make time to sit down for meals.”

Skipping meals to stay productive, or to eat less, may seem logical. But in reality it’s a backward approach to dieting because it leaves us hungry — and when we’re hungry and in a hurry, we snack. “It’s led to this mindless snacking, hand to mouth,” Moss says, “leaving the brain and its natural breaks on overeating out of the equation.”

Not coincidentally, he notes, this societal shift in the way we eat coincided with a major marketing push at the biggest snack companies. By the early 1980s, the industry had come to believe that the boomer market, which for years had driven their business, was fading. Then Frito-Lay marketing executive Dwight Riskey took a new look at his company’s sales data. What he discovered was that while analysts had correctly noted that boomers were eating fewer snacks than teenagers and young adults, they had failed to track whether boomers were snacking more or less than they used to. Turned out, Riskey found, the answer was more.

“This was great news for Frito-Lay,” Moss says. After Riskey’s analysis, industry marketers redoubled dormant efforts to reach people 35 and older. Once again, Moss writes, boomers were “the fattest target of all.”

But a generation that now thought of itself as health-conscious needed to be addressed in new ways. Boomers had begun to have concerns about high blood pressure and the cumulative effects of high-fat foods. To address those worries, companies rolled out “low salt” chips and other snacks, but they didn’t gain much traction in supermarket aisles. Boomers wanted something different, Moss says, “a healthy snack that still tastes great.”

Frito-Lay’s subsequent purchase of Stacy’s Pita Chips was a landmark transaction, he believes. It’s a story repeated throughout his book: a company introduces a snack that appeals to consumers, especially older people, because it appears to be “natural” or to have what Moss calls “a shimmer of health,” while counting on shoppers not to read the label and discover the product’s real and present dangers.

He has seen the evidence firsthand. “A friend of mine in her early 50s had a job that had become hugely stressful,” Moss says. “She’d begun eating Stacy’s chips, thinking they were healthy. Suddenly, she was gaining weight and she realized that the pita chips had much more calories and salt than she thought they did — and she often ate them with add-ons like dips that she wasn’t thinking about, either.”

The yogurt boom is another example. There are healthful products on the market, “but when you look at the calories and the sodium in many of the most popular brands, it’s pretty hefty,” Moss says. “Many types of low-fat yogurt have as much sugar per serving as ice cream.”

In other words, when companies “dial down on one of the holy trinity” of salt, sugar or fat, Moss says, “they hope that people won’t pay much attention to the other two.”

Hold the Salt, Keep the Fat

A recent national initiative to reduce sodium intake in the United Kingdom is especially instructive, Moss believes. In many ways, the campaign, launched in 2004, has been a success. Employing an ad campaign to raise public awareness and working with the food industry to encourage product reformulation, the initiative has contributed to a 10 percent drop in salt consumption across Britain. The program worked, Moss says, in part because salty foods are relatively easy to give up.

“We’re not born liking salt,” he says. “The taste for it is highly influenced by how much processed food we eat.” After about six weeks eating less salty foods, one’s taste for them largely recedes and that’s what happened for many Brits.

By reducing their risk of high blood pressure, the U.K. campaign may eventually extend thousands of lives. But public-health officials who had been hopeful that a lower-salt diet would also influence the nation’s obesity rate were disappointed. “The obesity rate continues to climb,” Moss says, “because all those snack foods we love still taste great with lower salt. People there are eating as much fat and sugar as before.”

How Can We Break Free?

As has been proven by classic rock stations nationwide, boomers can be a nostalgic lot, in snacks as well as pop culture. Even Moss, 57, is not immune. As part of his research, he toured a Kellogg’s plant where Pop Tarts are made and says, “the aroma brought me back to age 11. I immediately craved a Pop Tart. The habits that we grew up with are difficult to break — but not impossible.”

The author is the father of two boys — he calls them “walking bliss points for sugar” — and admits that with both him and his wife working outside the home, “there’s no way we’re going to completely avoid processed food or snacking.”

But changes in the way his family eats give Moss hope that more Americans can break free of the food giants’ hold on their pantries. One way to fight back is to create simpler, more wholesome meals at home. The secret the big companies don’t want you to know? It’s easier than you think. “The processed food industry’s claims about the whole notion of convenience are oversold,” he says.

To avoid processed pasta sauces, which tend to be high in added sugar, Moss says, “I’ve begun making my own pasta sauce, and it’s not hard. A little garlic, a little olive oil, a can of chopped tomatoes — throw in your own spices and a pinch of salt or a little sugar if you want — and it’s ready to eat after five minutes of simmering.”

“There’s a lot of food we buy that we could actually make ourselves,” he says. “It’s just not a big deal and more people may now be discovering that.”

Moss hopes his book will be a wake-up call for consumers, because, he says, “When you know what the industry is throwing at you, it can be really empowering to make better decisions about what to buy and how to eat it.”

If so, thank you. Your financial gift helps us fulfill our mission of being an essential source of news and information for older adults. Just as important, your contribution demonstrates that you believe in the value of our work. We have a lot of exciting things planned in 2020 and we need your help to make sure they happen.

Haven’t given yet? Please make a gift today and help us reach our end-of-year goal — any amount helps. Thank you.

Natural supplements can be dangerously contaminated, or not even have the specified ingredients

Apple News I Hate You: Image w/caption and link

Infections Could Trigger a Heart Attack or Stroke

Interviews with over 1,000 elders provided these smart lessons for living

Are you sabotaging yourself? Here's how you can fulfill your commitments.

Resolve to Alleviate Your Fears in the New Year

If you find yourself worrying over what might come, consider these steps

The Key to Forming Long-Term Memories

Bryce has a photo, yes he does.